Periodontal Disease: You’ll Floss After You Read This!

Periodontal disease and its causes probably seem like something of a no-brainer at this point. Your dentist or hygienist has prodded around in your mouth more than enough times for you to get the usual… “brushing looks…okay. Little more on your molars — really get back there — oh, and you should definitely start flossing!” You may be aware of gingivitis, or the irritation/inflammation of the gums, which is a mild form of gum disease. Gingivitis is characterized by redness and irritation of the gums around the teeth. When prodded, or flossed around, someone with gingivitis may notice that their gums bleed very easily. In its more severe forms, periodontal disease can lead to more bleeding, pain when chewing and even tooth loss. While there are a lot of lesser-known risk factors that can contribute to or cause periodontal disease, what the average 2-3x daily tooth-brusher doesn’t know is that the average person is generally carrying anywhere from 34-72 different kinds of bacteria in their mouths at one time. We know what you’re thinking — yikes, right? Well, some of these bacteria are healthy! A few of them are even geared towards preserving and protecting the health of our teeth and gums. That’s the good news. However, in more than just a few cases, the bacteria can be harmful. You’ve almost certainly heard of plaque before, but did you know it’s the harmful bacteria causing it? When you don’t brush, that plaque can harden and form something called tartar. Tartar, carrying the bacteria it was born out of, can wreak a lot of havoc on your teeth and gums. Unfortunately, that’s not something that brushing is going to fix thereafter. That’s the bad news. We’ve put together three tips for you to prevent periodontal disease. It’s important to note that once you have gum disease, you can’t exactly cure it…but you can keep it under control!

Though everyone should ideally be brushing their teeth after each and every meal, it’s sadly not always realistic for everyone’s schedule. At the very least, reduce the plaque on your teeth and prevent tartar by brushing once in the morning and once before bed.

On top of brushing at least twice a day, everyone should be adding flossing into their daily habit. It’s good to floss right before bed — flossing is going to help you remove plaque and prevent tartar between your teeth…something that brushing alone isn’t going to do for you!

#3 – Be sure to get your regular dental cleaning/checkup

Let’s say you do have a bit of tartar building up on your teeth…you’re not going to be able to fix that alone. Make sure you’re seeing your dentist every six months to one year as a general rule of thumb. It could quite literally save you your teeth! Either way, if you are experiencing the effects of gum disease, from gingivitis to tooth decay/loss, we encourage you to get in touch with StateLine Dental today to set up your appointment. When you pay us a visit, we’ll be able to give you personalized dental advice with a smile. Click here to contact us now! 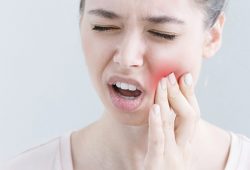 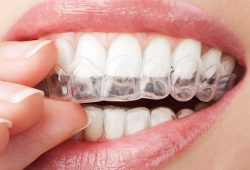 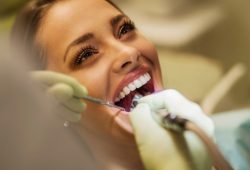 Why You Need A Fluoride…

DISCLAIMER OF CAROLINA DENTISTRY @ THE STATELINE
Carolina Dentistry @ The Stateline Dental expressly disclaims all warranties and responsibilities of any kind, whether express or implied, for the accuracy or reliability of the content of any information contained in this Web Site, and for the suitability, results, effectiveness or fitness for any particular purpose of the services, procedures, advice or treatments referred to herein, such content and suitability, etc., being the sole responsibility of parties other than James Schwartz, DDS and the reliance upon or use of same by you is at your own independent discretion and risk. Contact us for complete details.

We are Open for Regular Business

Our office is operating at full capacity to help our patients get and keep their oral health in great shape. Click on the link below to see what’s new and our updated protocols to keep you healthy and safe. COVID 19 Policy Details